When I saw the review at "10k Bullets'" website of Breeders, I had to check this out.  I love cheesy bad horror movies.  Bad dialogue, nonsense plots, meandering performances, anything that makes me laugh, I consider gold.

So what about "Breeders?"  There's not much of a plot.  Monster goes after "virgins" to impregnate them.  A detective and a nurse, the dynamic duo, try to put things together with wooden performances and cardboard intensity.

Yes, there's TONS of nudity.  Every other scene, there's a chick undressing.  There's a few gory set pieces, but nothing any seasoned horror fan hasn't seen before.  So what do you we get that's so great?

The monster is about the worst rubber costume to appear on film ever since the low budget movies of the 50's and 60's.  So that's a letdown, but the dialogue is where it's at.

But I'll be honest, you'll have to really be in the mood for this kind of movie.  It's not funny like "Troll 2," the holy grail of bad horror movies.  It's just a train wreck you have to watch, though most would walk out on it.  So you're in Ed Wood territory.  "Breeders" is on the fine line of hilarious movie fun and a quick way to get a headache.

Okay, maybe it didn't give me a headache, but the laugh factor wears off about an hour into it.  You've got a lot of people going into buildings, walking up flights of stairs, going from Point A to Point B and taking forever to do so.  So where "Breeders" suceeds in being a ridiculous b-movie, it suffers what a lot of low budget horror movies succumb to, and that's having to waste time to make it feature length.  If this movie was sixty minutes, I'd pay the same price and would've enjoyed it a lot more.

Worth a watch?  Only if you like to expand your bad movie viewing experience.  If not, stay away.  There's nothing scary or especially gory, just ridiculous fun that gets boring about an hour into it, but still noteworthy in its own right.  Bottom line, if it weren't for the horrible "funny" dialogue and nudity, it'd be completely throw away.

Not a gem, but not quite a turd.  Final verdict: C. 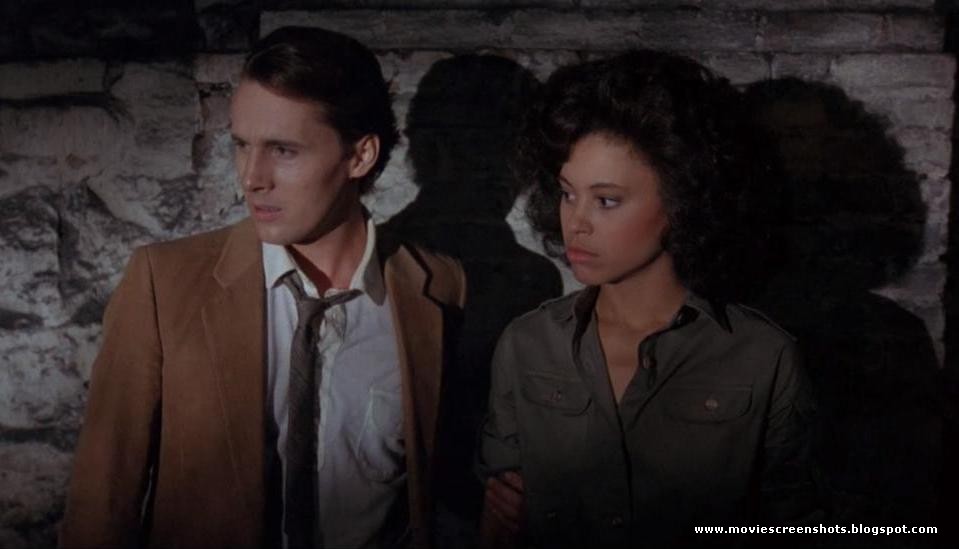