WAR IS HERE!!! The Shocking End to the B-Movie Trilogy! 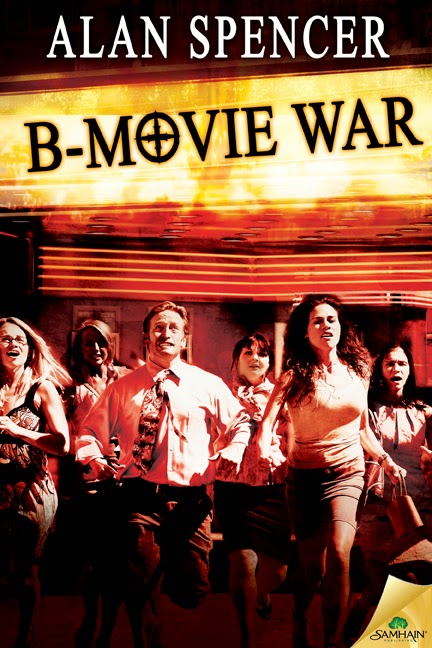 War is hell when the enemy is an army of B-movie monsters!


A possessed movie reel is played at a theatre in New Jersey, releasing B-movie icon Mr. Ratchet into our world. Mr. Ratchet plans to play his film, The Final Flesh, at theaters across the planet with the help of villains dredged up from the most vile and offensive horror movies ever made. Movie monsters made real.

Once The Final Flesh makes its midnight premiere, it’s the people vs. B-movie terror. Only a theatre manager, a man with a serious anger problem, and a B-movie aficionado can prevent full-scale war from annihilating everybody on earth. Can the rag tag team come up with a plan to save the world, or will everybody be sent packing straight to hell? Be warned, this war will be epic!
Posted by Alan Spencer at 5:10 AM