"Ashes in Her Eyes" Pre-Order Drive

Herman won't unbury himself until 100 copies of "Ashes in Her Eyes" are sold!

I told Herman it gets to below freezing during the night in my backyard, and he won't get any bathroom breaks.  But this monster won't listen to me, so I implore everyone to purchase a copy before Herman perishes.  He's got thick monster skin, but that will only allow him to survive in the winter elements for so long.  You know monsters, they're so stubborn.  What's an author to do? 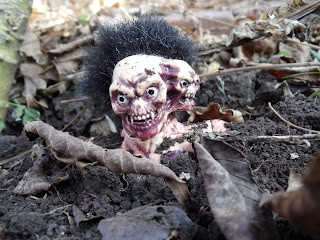 So please, pre-order your copy of "Ashes in Her Eyes" here: http://panicpress.org/2010/ and please end Herman's suffering.